4 Steps to Holding Someone in Contempt in Family Court

Court orders are slightly more powerful than the paper they are printed on. While no one can technically force someone to comply with a family court order, the lack of compliance carries with it significant penalties if you bring forth an action for contempt.

Just like in any other area of law, a judge has the ability to hold a party in contempt of court if that party fails to comply with the court’s order.

The penalties for contempt of a family court order are significant under the California Code of Civil Procedure section 1218. For a first or second offense, the penalty is performance of community service of up to 120 hours, or imprisonment of up to 120 hours, for each count. On a third offense, the party cited for contempt will be sentenced up to 240 hours of community service, or imprisonment of up to 240 hours. The party cited will also have to pay administrative fees for the community service, attorney’s fees and costs, and fines to the court.

Finally, if the party cited still has the ability to comply and refuses, the period of imprisonment may continue until the citee complies. This happens most often in child custody cases where one party refuses to turn over the children to the other. When the case involves child support, the court may allow the party expecting support to seize assets (see California Family Code sections 4600-4641), or require a deposit for child support payments, arguably limited to one year of payments. (See California Family Code section 4012.)

Keep in mind also that if the contempt is for nonpayment of child support, spousal support, or family support, each month a payment is missed stands as one count. So if someone misses three months of support, he or she could potentially face three counts of contempt, or three times the penalty.

Proving contempt is not simple. Contempt in family court is often referred to as a “quasi criminal” proceeding. The contempt matter is typically heard in family court and there is no right to a jury trial. (See Pacific Tel. & Tel. Co. v. Superior Court (1968) 265 CA2d 370, 375). But all of the remedies typically afforded criminal defendants apply, such as the right to a court-appointed attorney should the party be unable to afford his or her own (see County of Santa Clara v. Superior Court (1992) 2 CA4th 1686, 1693), the Fifth Amendment right against self incrimination (see Ex Parte Gould (1983) 99 C 360), and the right to confront one’s accuser. (See Farace v. Superior Court (1983) 148 CA3d 915, 918).

The good news is that if you prove the four elements of contempt, those rights will not prevent you from enforcing your court judgment, and penalizing the other party for not complying with it.

Contempt Element 1: There Must Be a Valid Court Order

In order to hold someone in contempt, there must be a valid, written court order, signed by the judge. (Oksner v. Superior Court (1964) 229 CA2d 672, 681). This element is typically not the one in dispute. Family law orders tend to be very clearly written, and the judges sign them as a matter of course.

The orders in question can be divorce judgments, or marital settlement agreements attached to these judgments, so long as the judge has signed them. The orders can also be minute orders the judges draft at court hearings.

If you receive a minute order after a hearing that includes an order that you would like to enforce, the best practice is to soon after draft a Findings and Order After Hearing (form FL-340). The Sacramento Family Court has drafted excellent instructions for completing a Findings and Order After Hearing. Some of the instructions may be specific to Sacramento County, but most are universally applicable across the state.

The upshot of all this is that a Findings and Order After Hearing is what you might call a “more valid” order than a minute order. Make no mistake. A minute order is a completely valid court order. However, because it is typically handwritten by the judge, it leaves room for error. The Findings and Order After Hearing, property drafted and served, leaves no room for error.

Now that you have a valid court order, you move on to …

Contempt Element 2: Knowledge of the Order

Obviously, one cannot be held in contempt of an order he or she did not know about. The trick is proving that the party did have knowledge. There are typically three ways of proving this element.

The first is merely being present in court. (Phillips v. Superior Court (1943) 22 C2d 256, 258). If you’ll notice, every court order begins with listing who was present in court that day. So long as the party you are attempting to hold in contempt was present, he or she is presumed to have knowledge of the order. The order itself must still be written (see Contempt Element 1), and filed with the court.

The third method is simply showing the other party obeyed the order for some time before he or she ceased to do so. (Shibley v. Superior Court (1972) 202 C 738, 741). If there is a valid visitation order, and the other party shows up to exchange the children according to the terms of the order for three months and then suddenly stops, the court is likely to assume that individual had knowledge of the order and merely ceased to obey it.

Now that you’ve shown there was a valid order, and the other party knew about it, you next must demonstrate …

An individual will not be held in contempt if he or she demonstrates to the judge the inability to comply with it. (Anderson v. Superior Court (1998) 68 CA4th 1240, 1245). Unlike elements 1 and 2, this is a typical defense in contempt cases.

For example, the alleged contemnor (as it’s called) will argue he or she could not afford to pay the spousal support, or could not deliver the child to the visitation exchange because the child refused to come.

The good news is that, when it comes to money, judges are leery of the “inability to comply” defense. This is because the court has already heard testimony over what the support should be and determined that the contemnor could comply. Coming back to say one cannot comply seems a lot like reopening a matter that has already been decided. The bad news is that, when time has passed and circumstances have changed, judges are more likely to entertain the possibility that the alleged contemnor could not comply.

In child support cases, however, ability to comply is not an element. (See CCP section 1209.5). This is to promote the public interest in parties supporting their children.

So now that you’ve got a valid order, demonstrated the other party had knowledge of that order, and that he or she has the ability to comply, you’re ready to demonstrate …

To be held in contempt, the “alleged contemnor” must have willfully failed to comply with the court order. (Coursey v. Superior Court (1987) 194 CA3d 147, 156). Keep in mind that you don’t have to prove the failure to comply was “willful” in child support cases. Mere noncompliance will do. (See California Code of Civil Procedure section 1209.5).

Furthermore, if the failure to comply was not willful, the contemnor must raise that as an affirmative defense in his or her response. (Moss v. Superior Court (1998) 17 C4th 396, 428).

Contempt and the Aftermath

Ideally, holding someone in contempt will convince that person to thereafter comply. That does not always happen. However, there is no limit to the amount of times you can hold someone in contempt, so long as they keep failing to comply with the court order. So feel free to keep doing so. 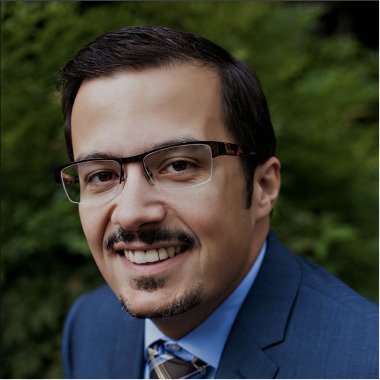